Ragtime musical celebrates the famous painter's life, his mysterious death and the woman who loved him

In 2022, Stone Fence Theatre  launched a remarkable new musical about the life and death of Canada's most famous artist: Tom Thomson & The Colours of Canada: Love, gossip and murder in Algonquin Park. The show was such a hit with audiences that the company is extending its run with a tour of Ottawa Valley communities in 2023 intended to raise more the $20,000 for local hospitals. The mystery and excitement of the show is complemented by the classic ragtime music on which all songs are based, the magnificent stride piano of Peter Brown, dazzling choreography and arts, and an energetic cast of great singers, actors comedians. 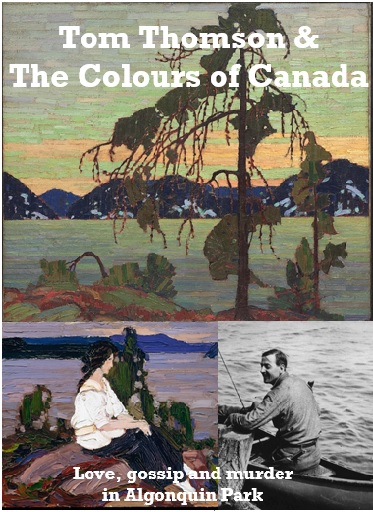 The show was written and composed by Ish Theilheimer, with Peter Brown and is directed by Chantal Elie-Sernoskie.

The play itself is based to a large extent on the book, Northern Light, by Ottawa journalist and novelist Roy MacGregor, who grew up in Whitney and Huntsville and is related to one of the story's main characters – Winifred Trainor, Thomson's presumed fiancée and whose grandfather was Chief Ranger of Algonquin Park. The music for the show is all in the ragtime style that was all the rage at the time of Thomson's death in 1917. Most of the songs in the show are based on vintage ragtime compositions, some of them well known, such as Maple Leaf Rag by Scott Joplin. One tune is by the classic Quebec ragtime composer, Jean-Baptiste Lafreniere.

The show, which includes 15 original new songs, is performed by an energetic and experienced cast of excellent singers and actors. The lead role of Thomson is played by Nigel Epps, of nearby Eganville, and his girlfriend and possible fiancée is played by Sarah Wright of Barry's Bay. The old park ranger who tells the story is played by Ambrose Mullin, who has been with the company since its inception. His young alter-ego is played by Kirk Harber. Also featured are Stone Fence Theatre favorites Shirley Hill, Beverly Lewis and Robert Tremblay and singer-songwriter Jayson Bradshaw. Peter Brown's "stride piano" genius provides the show's music. The youth ensemble includes Virginia and Marianne Mallen.

Coupled with the play is  a unique new event, THE TOM THOMSON INTERACTIVE ART EXHIBIT.  This display, developed by cast member Beverly Lewis and fellow artist Christine Peltzer, presents information on Thomson and the Group of Seven and it enables audience members to try out for themselves techniques of wilderness impressionism.